started a topic 8 months ago

I want a clean, no clutter interface. Just a list of records.

First request - disable/hide icons. I don't want them, distracting, and interfere with the experience of quickly retrieving a specific record from a list.

Second request - if this is an issue, then let me choose a generic (black and white) icon for my entry.   The app unfortunately overrwrites my selected icon (at the time I first enter the record).  It automatically retrieves the Favico from the wesite listed in the login URL field.  Let me choose, don't overwrite my preference.

Simple toggle in "preferences" will solve the above. (hide/display icons).

Thanks for your feedback, and I will write this up as a feature request for our development team. I don't make the final decisions on what features get added to the app, but I'll pass your request on to those who do.

Thanks. I understand the challenge of change requests and trying to please everyone.  I've seen other chats where people complain that the fav icon doesn't appear.  Fingers crossed, hopefully not a challenging one for the coders and meets all product manager criteria for an improved product.

Another tweak to the toggle - perhaps one is easier to implement than another.

Thank you for the extra feedback. One thing I wanted you to know is that if you have set the icon for a record to one of the default icons, then you won't see the favicon. Go ahead and create a new record, then before you add any data to it, click the icon for the record. Choose the icon you would like to use, add data to the fields and save it. The icon you choose will stay put. One of the reasons I didn't mention this before is because we don't and may not ever have black and white record icons, but if we did, this is the way you would set them for each record. 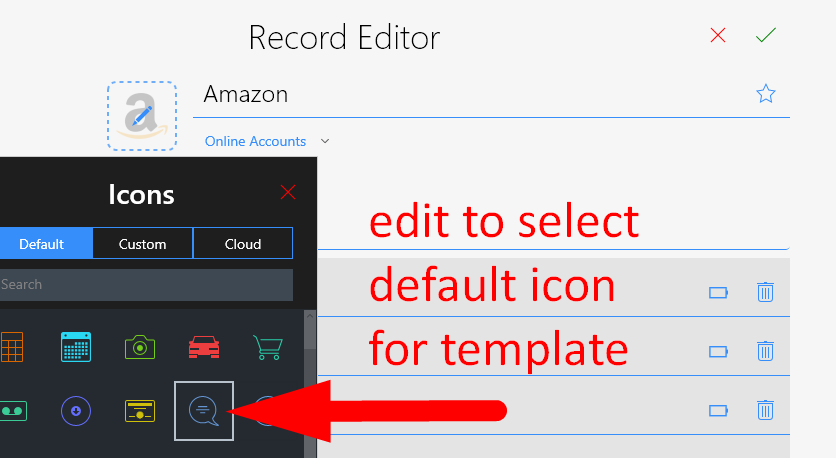 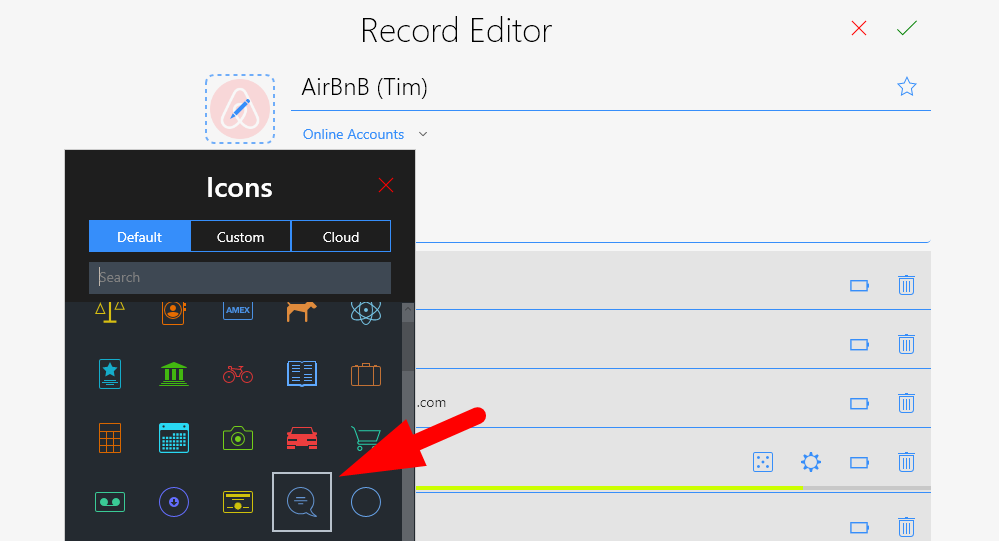 Even when I click green tick, back to what it was

Rather than edit 999 records, perhaps allow me to disable favico please.

You don't have to edit 999 records individually. You can select all of your Logins, then change the icon in the batch editor.

What you're asking for has already been added to the feature request list, but I don't know whether it will get added to the app. Those decisions are made by the development team when new releases are getting ready to be published. In the meantime, I'm trying to help you have a way to do what you need to do in the simplest way possible while not having the feature you want.

I was not aware of batch edit function. nice feature. did that, but icons remain as favicos.

I don't know what you mean here Tim. Did you save the changes you made? When I do this on my PC, all of the records icons change as they should. After you change the icon to whatever default icon you want to change it to, you have to click the green checkmark in the top right.

I don't know how to explain it any clearer Mike. I've given you step by step screenshots above.  When I edit a record who's icon has been automatically changed to a favico, when I choose to change the icon back to the original templates default icon, the favicon will not dissappear. Yes, I'm clicking save. This happens when editing individual records as well as batch records.

In the time it's taken to document this bug, I could have written a little script to toggle "disable favico". Which is all i'm asking for.  It's not my intent with this thread to debug existing features, but to request a new feature for favicos to not be shown. I consider the new version to have a more cluttered interface when comparing to mSecure 4 from where I was forced to upgrade with the assurance of a better tool.  Allow users to go back to the simpler UI (non graphic).

Thank you for your input on this Tim, but if you were able to write a little script for doing what you're suggesting, you also know that development in a production app doesn't quite work the way you're suggesting. I'm not at my desk right now working on the Windows app, because I'm not the developer. Also, our developer has a lot of responsibilities, and working on disabling the favicons is simply not a high priority right now. At this time, you are the only one who has asked about this feature, so while I am more than happy to add it as feature request, it's not something that will be added to the app today, and then submitted to the app store tomorrow.

Right now, I'm simply trying to make the app work the way you want it to the best I can without any changes being made to the app, because I don't know if or when those changes are coming. The issue is, something is wrong on your computer, because when I follow the instructions you have given me, with records that have automatically downloaded favicons, the icons are getting changed in the batch editor as they should. The biggest issue for me here is that you may be experiencing a bug. I'm running the exact same version as you, and everything works as it should.

If you try to only change a few of the records icons, which is what I'm doing, do the icons change after you save the batch edit?

I know but... if you're smart lean and agile, you know you can (for the amt of time it's taken us to discuss, test, document this)

anyway, I appreciate your assistance.  to clarify, everytime before i respond i check again to make sure i'm not doing something silly on my side.  i can assure you, yes i've tried every variation. changing one, changing batch all, changing only a few. .

I'm thinking you're not doing exactly what I'm doing to see see the problem as I'm seeing it.   to see what I'm seeing -  you have to choose the icon that is the template default for the record you're editing.  when i choose any other icon, yes  it changes,  but not if i choose the default icon for that record's template.